Her debut vehicle, Abhishek Kapoor’s Kedarnath, may have been delayed due to several controversies. But when the love-in-the-times-of-tragedy saga finally released in December 2018… a star was born. Sara Ali Khan, as the love-struck Mukku, who dithers between hope and despair, wowed audiences with her prodigious talent. The graduate from Columbia University had chosen to live up to the legacy of her actor parents – Saif Ali Khan and Amrita Singh. The audience taking to her so effortlessly only reiterated that she’s to the manor born. In an interesting contrast, she went full throttle as the potboiler princess in Rohit Shetty’s blockbuster Simmba, released a few weeks later. Her Aankh maare number was nothing short of a tribute to all the masala movies that spiced up her childhood memories.

That she was honoured with the Filmfare Best Debut Award 2019 was only natural. She was shooting in Delhi for Imtiaz Ali’s Aaj Kal, said to be a sequel to his 2009 Love Aaj Kal, which starred dad Saif and Deepika Padukone. Sara took special permission from the director and flew down to attend the function. 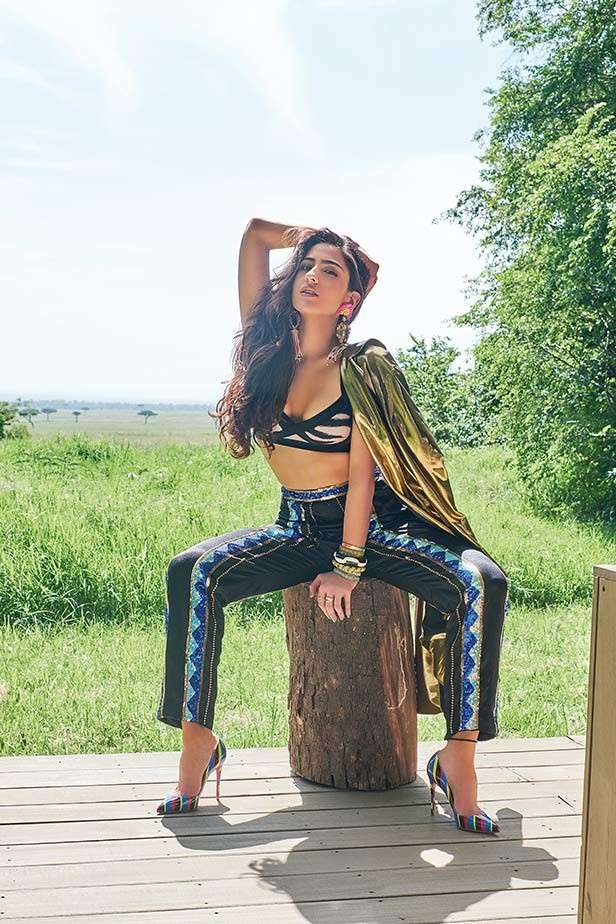 The rushed journey was worth it as life seemed to have come full circle for her the moment she was on stage. In her acceptance speech, she shared how as a kid she had attended many Filmfare Awards but never envisioned she’d be holding the Black Lady one day. In the past, Sara as a little girl, was often spotted seated in the front row with the Bachchans at the Filmfare Awards . “Mom used to send me with Jaya aunty to watch the show. That way, I was let in though the event doesn’t allow kids. I’d have a blast,” she laughs at the memory. As a starry-eyed kid, she was taken in by the razzmatazz of the spectacle. Silver dreams perhaps took wings then.

The granddaughter of the late cricketer Mansoor Ali Khan Pataudi and actor Sharmila Tagore, Sara grew up to be a plump teenager. Being academically bright, she opted to study at Columbia University in the US. “If you were to tell a 17-year-old on her way to Columbia University and also on her way to becoming a balloon, ‘You gonna be dancing on Aankh maare within four years, I’d probably laugh it off,” she chuckles. “ It was a dream for sure. But did I believe it would come true? Well, no!”

The change in her physicality and demeanour is miraculous. From a chubby teenager, she now flaunts an enviable silhouette. The nerdy Sara completed her graduation a bit early, within three years, and utilised the remaining one-and-a-half year for weight training. From 96 kilos to her current svelte avatar, it has been a journey of unwavering commitment. Someone who was averse to exercise is now a gym fanatic. “My day doesn’t end well if I don’t get at least an hour of workout,” she smiles and adds, “It seems surreal when I hear my numbers Aankh maare and Mera wala dance from Simmba being played at the gym. The enormity of it all hasn’t sunk in yet.” Dance is also her forte. She learnt Odissi as a child and took it up again after college. “I’m close to my Odissi teacher and every time
I have time off, I practise dance. I’ve done it even in between the Kedarnath and Simmba shoots,”
she says.

Her film choices have been discerning but Sara insists that there was no game plan rather things just fell into place. She reasons that Kedarnath and Simmba were diametrically different. As a newcomer, what’s utmost for her is conviction. “I need to have conviction in my director, the script, the role or preferably all. People talk about that one Friday. What people don’t realise is how many Mondays, Wednesdays and Sundays are spent making a film. You’ve got to live far away from home, in an alien environment, working on something that means a lot to you. The only way
I can work is with honesty and belief. That’s the only strategy that I follow,”
she asserts. 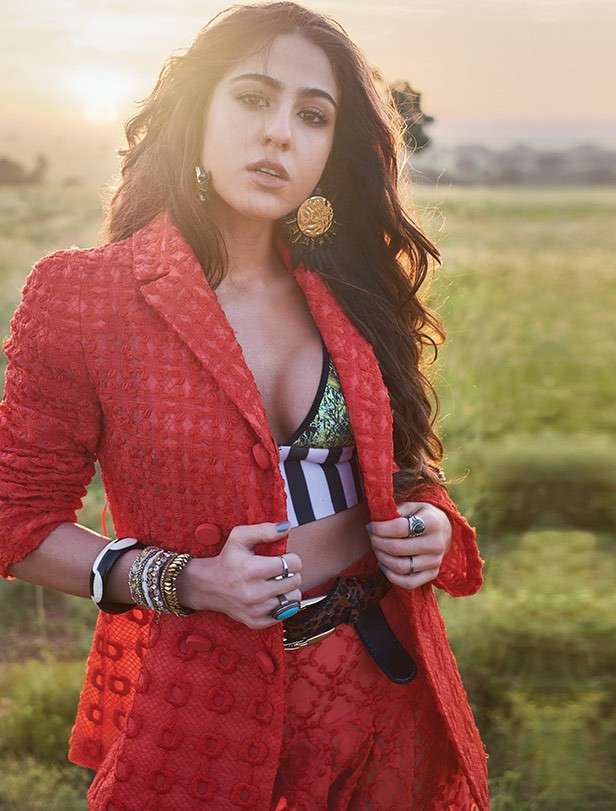 Her childhood is replete with memories of visiting the sets of her actor parents. “As a child, being on a set was only about seeing either mom putting on make-up or seeing my father’s co-actor’s make-up being done. Sets meant the vanity van for me,” smiles the actor. When she hit her teens, her parents steered her away from the limelight and ensured she lived a normal life. Her mom’s constant refrain was, ‘You have to earn to be here’. “I understood this when I held the trophy in my hand. Finally, I had earned the right to be here,” she says with pride. She goes on, “As a star kid, it’s fun and games. But as an adult, you have to discover yourself to belong here. Today, when I attend an event or even give an interview, I know I’ve done something to be here. I’m not this random child floating around jisne kuchh nahi kiya. I thank my parents for that.”

The glory of the past year behind her, she’s now neck deep in work. Currently, she’s shooting with self-professed ‘crush’ Kartik Aaryan for Aaj Kal but with a newfound seriousness. She’d rather concentrate on work than be drawn into distracting banter. She will also feature in David Dhawan’s adaptation of his timeless comedy Coolie No. 1 opposite Varun Dhawan. Meaningful fare and masala fun… Sara Ali Khan seems to have struck the perfect balance.