The UK government is privately “desperate” for Donald Trump to lose the upcoming presidential election and be replaced by Joe Biden, according to a report by the Sunday Times.

However, his government has been privately trying to distance itself from the US president, in anticipation of a potential Biden victory in November, the Times reports.

“It would make things much easier if Trump doesn’t win re-election,” one minister in Johnson’s government told the Times’ reporter Tim Shipman, who added that “privately, many [others in the government] agree.”

Some UK officials are also hopeful of a Biden victory.

One senior UK diplomat, who asked not to be named, told Insider earlier this month that a Biden presidency would bring a welcome end to the “venal corruption” of the Trump era.

“A lot of stuff will change if Biden wins,” the diplomat said. 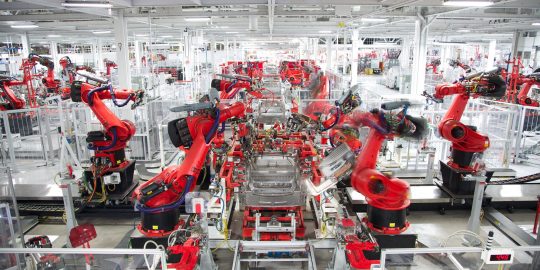 “The venal corruption of the Trump family and the nasty narcissistic aspects of his behavior – all that will go with a different sort of president,” they said.

Biden and Johnson are not natural allies. The Democrat challenger opposed Johnson’s pet project of Brexit and has reportedly previously described the UK Prime Minister as a “clone” of Trump.

However, relations between Johnson and Trump’s administrations have been strained in recent months after Trump’s successful bid to force Johnson’s government to cut its ties with Chinese telecoms company Huawei.

The president reportedly slammed the phone down on Johnson in a moment of “apoplectic” fury in January, when Johnson initially refused to scrap the UK’s deal with Huawei to help develop Britain’s 5G network.

The UK ultimately relented following the imposition of US sanctions on the company. However, the row has helped to reduce Johnson’s government’s appetite to strike a new trade deal with Trump.

On her recent trip to Washington, the UK’s International Trade Secretary Liz Truss was told to downplay the prospects of a deal.

“Boris was trying to distance himself from Trump,” one UK government adviser told the Sunday Times

Fears among UK voters about the potential impact of a US trade deal on food standards in Britain have reportedly forced Johnson’s government to put the brakes on the previous briefing of a potentially rapid agreement.

“Is it going to happen this year? Basically, no,” one UK government official told the Financial Times this week, adding: “We don’t want to be bounced into a deal.”

Johnson’s government believes that a Biden victory could take the “sting” out of the issue, because the Democrat challenger would likely revive Obama’s plan to sign the US up to the Comprehensive and Progressive Agreement for Trans-Pacific Partnership (CPTPP).

One Conservative Party adviser told the Sunday Times: “The assumption in Whitehall is that if Biden wins, we won’t need to do a bilateral trade deal because we might both end up in CPTPP. That is already committed to high standards of animal welfare. Some of the sting will be removed from those issues.”