This story has been updated.

Atlanta, GA —  The head of Atlanta’s police union confirmed Wednesday that officers from the Atlanta Police Department in Zones 3 and 6 walked off the job Wednesday afternoon.

Vince Champion, southeast regional director of the International Brotherhood of Police officers, said that police officers had stopped answering calls midshift, in response to charges against Officer Garrett Rolfe who is accused of murdering Rayshard Brooks in Atlanta.

“The union, we would never advocate this. We wouldn’t advocate a blue flu,” Champion said. “We don’t know the numbers. Apparently we’re learning that command staff are asking outlying counties for support and aren’t getting it.”

Decaturish has calls out to public affairs officers in Gwinnett, DeKalb and Cobb counties for confirmation.

A spokesperson for APD called reports of a walkout “inaccurate.”

“Earlier suggestions that multiple officers from each zone had walked off the job were inaccurate,” the spokesperson said. “However, the department is experiencing a higher than usual number of call-outs with the incoming shift. We have enough resources to maintain operations and remain able to respond to incidents throughout the city.”

Zones 3 and 6 cover south Atlanta, where Rolfe killed Rayshard Brooks after a June 12 DUI arrest turned into an altercation. Rolfe fired three bullets at Brooks as he fled with a taser in hand. Video of the shooting suggests Brooks pointed the taser at officers as he fled.

A protest the next day descended into vandalism and the arson of the Wendy’s restaurant where the shooting occurred. Police and state fire officials have offered a reward for tips leading to the arrest and prosecution of the arsonists.

Champion accused Paul Howard, Fulton county’s district attorney, of lying about what is happening in a press conference earlier today when Howard suggested that officer Devin Brosnan had turned state’s evidence and is testifying.

“The attorney for the officer said that’s not true two minutes later, and said he’s not pleading guilty and not offering state’s evidence,” Champion said.

Other local media are seeing evidence of the walkout.

Atlanta INtown reports, “A drive around Zone 6 indicated there was not the usual APD presence. A Georgia State Patrol unit was handling a two-car accident at Boulevard and Edgewood Avenue around 9 p.m. The APD’s precinct at Wellstar Atlanta Medical Center appeared empty. Down in Grant Park, the Zone 3 precinct was populated by Fulton County Sheriff units.”

This is a developing story and will be updated when more information is received. 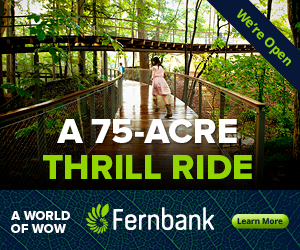 If you appreciate our work, please become a paying supporter. For as little as $3 a month, you can help us keep you in the loop about your community. To become a supporter, click here.

Want Decaturish delivered to your inbox every day? Sign up for our free newsletter by clicking here. 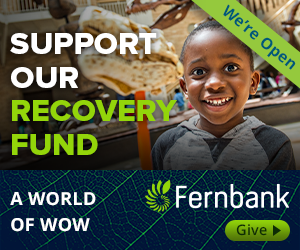 Heres why conservatives and liberals…

Babies’ cuteness is key to…

In Photos: Egypt announces the…

Thousands gather in Belarus to…