AUGUST 31–After serving 30 months in the Navy and participating in four overseas invasions during World War II, comedian Lenny Bruce went to the sick bay on the U.S.S. Brooklyn in May 1945 to report that he was feeling a little gay.

In a handwritten letter, Bruce stated that he was “normal in all aspects” when he came aboard the ship in late-1942. But the “fellows on board,” he claimed, gave him much “abnormal attention,” including “feeling my body” and “kissing me.” After 15 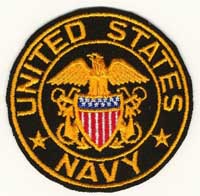 months overseas, Bruce became “attracted physically to a few of the fellows,” one of whom he “kissed a lot but committed no sex act although I had a strong desire to.” It was the “knowledge that it was a crime against society and the navy” that kept Bruce, 19 at the time, from committing homosexual acts, he wrote.

Within days, a Navy medical officer reported to the ship’s commanding officer that Bruce told him of “suppressing homosexual tendencies and the desire is becoming stronger,” according to a May 1945 Navy memo. Bruce noted that he had been propositioned by two fellow shipmates “to be a partner in a homosexual act,” but had declined, though “the temptation was strong.”

Concerned about Bruce’s purported condition, the Navy decided to send him for “neuro-psychiatric consultation” since he had “a tremendous amount of homosexual drive with some mild amount of overt homosexual tendencies.” The medical officer noted that Bruce was “quite concerned about his abnormality,” adding that he was “the type of homosexual that could readily adjust to heterosexual relations if given the opportunity.” However, if Bruce had to remain stationed on a ship filled with men, he would “eventually give way to the performance of homosexual acts,” concluded the medical officer.

The U.S.S. Brooklyn’s commanding officer, W.F. Fitzgerald, concurred with that analysis, writing in a May 27, 1945 memo that Bruce was “potentially dangerous socially” on the vessel and should be either separated from service or transferred to a “shore based station where heterosexual companionship is available.”

These are just some of the rollicking highlights from the official military service record of Leonard Alfred Schneider, who would later write in his 1963 autobiography that he faked his homosexuality to get out of the Navy. Bruce’s ruse, in fact, was reportedly the inspiration for TV’s Corporal Klinger (below), the cross-dressing “Mash” enlistee desperate to be booted from the Army. 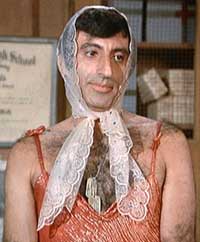 Documents detailing Bruce’s purported gay desires (and the subsequent response by Navy brass) were originally withheld or heavily redacted by National Archives officials who processed a TSG Freedom of Information Act request. However, after a subsequent appeal was granted last week, Bruce’s entire military file was turned over (the documents, affixed with a National Archives seal, arrived bound by a red ribbon laced through brass grommets).

The records show that after Bruce told of his gay desires, a Navy captain asked him for a written statement “showing specifically whether he is a homosexual and if he has committed homosexual acts” either before or during his enlistment.

Bruce, a Seaman Second Class, responded in a June 1945 note, “If having strong homosexual desires makes one a homosexual I am.” But he added, “if performance of perverted sexual acts are necessary I am not a homosexual.”

Convinced that Bruce was afflicted with gay, a Navy lieutenant commander concluded that he showed “no apparent purpose to avoid military service.” Based on an interview with Bruce, the Navy official reported that the seaman’s “homosexual urge is increasing and it is felt that he will get into difficulty very quickly if not removed from his present environment.”

Fearing such a homosexual eruption, Fitzgerald, commander of the U.S.S. Brooklyn (seen below), urged “prompt action,” lest Bruce engage in a “scandalous action” that could bring “discredit to the ship in particular and to the naval service in general,” according to a June 21, 1945 memo.

Within three weeks, Bruce had received an undesirable discharge and was released from service in Newport, Rhode Island, where he had been sent for psychiatric examination at the U.S. Naval Hospital.

In mid-August, Bruce filed to have his discharge status upgraded to an honorable discharge. His petition included a typed statement noting that he served in “four major invasions under fire” and that, “I think no one would accuse me of having behaved like a ‘sissy.’” 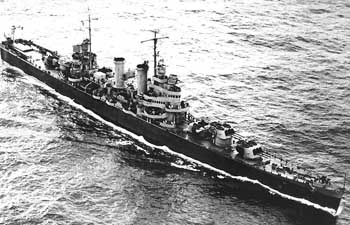 He also recalled questioning whether his onboard “behavior was all right because I had been hearing the boys talk about homo-sexualism.” He added that while on shore leave he had the “strongest desire to be with girls,” but upon return to the ship, “I would begin to worry because I realized I enjoyed being back with my friends and wondered if this was normal.”

A Navy review board eventually supported Bruce’s request for an honorable discharge, finding that he had voluntarily disclosed his homosexual feelings, and that military commanders “felt that he was sincere.”

After the Secretary of the Navy approved the review board’s decision, Bruce was issued an honorable discharge “by reason of unsuitability for the naval service.” The formal notification was mailed to him at his downtown Brooklyn apartment. (11 pages)