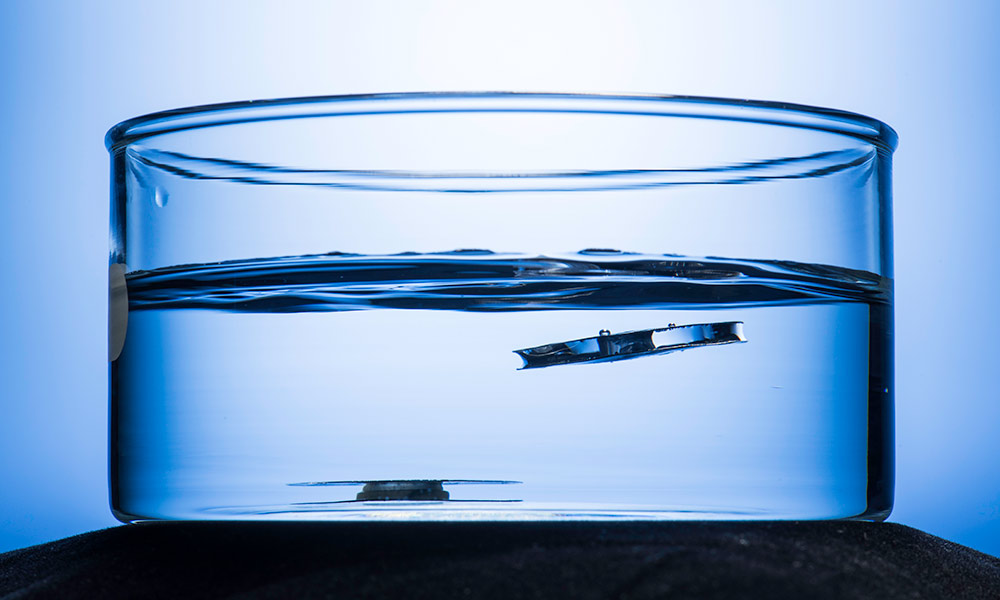 University of Rochester researchers, inspired by diving bell spiders and rafts of fire ants, have created a metallic structure that is so water repellent, it refuses to sink—no matter how often it is forced into water or how much it is damaged or punctured.

Could this lead to an unsinkable ship? A wearable flotation device that will still float after being punctured? Electronic monitoring devices that can survive in long term in the ocean?

All of the above, says Chunlei Guo, professor of optics and physics, whose lab describes the structure in ACS Applied Materials and Interfaces.

The structure uses a groundbreaking technique the lab developed for using femtosecond bursts of lasers to “etch” the surfaces of metals with intricate micro- and nanoscale patterns that trap air and make the surfaces superhydrophobic, or water repellent.

The researchers found, however, that after being immersed in water for long periods of time, the surfaces may start to lose their hydrophobic properties.

Enter the spiders and fire ants, which can survive long periods under or on the surface of water. How? By trapping air in an enclosed area. Argyroneta aquatic spiders, for example, create an underwater dome-shaped web—a so-called diving bell— that they fill with air carried from the surface between their super-hydrophobic legs and abdomens. Similarly, fire ants can form a raft by trapping air among their superhydrophobic bodies.

“That was a very interesting inspiration,” Guo says. As the researchers note in the paper: “The key insight is that multifaceted superhydrophobic (SH) surfaces can trap a large air volume, which points towards the possibility of using SH surfaces to create buoyant devices.”

Guo’s lab created a structure in which the treated surfaces on two parallel aluminum plates face inward, not outward, so they are enclosed and free from external wear and abrasion. The surfaces are separated by just the right distance to trap and hold enough air to keep the structure floating—in essence creating a waterproof compartment.

Even after being forced to submerge for two months, the structures immediately bounced back to the surface after the load was released, Guo says. The structures also retained this ability even after being punctured multiple times, because air remains trapped in remaining parts of the compartment or adjoining structures.

Though the team used aluminum for this project, the “etching process “could be used for literally any metals, or other materials,” Guo says.

When the Guo lab first demonstrated the etching technique, it took an hour to pattern a one-inch-by-one-inch area of surface. Now, by using lasers seven times as powerful, and faster scanning, the lab has speeded up the process, making it more feasible for scaling up for commercial applications.

The project was supported by funding from the Bill & Melinda Gates Foundation, the US Army Research Office, and National Science Foundation. 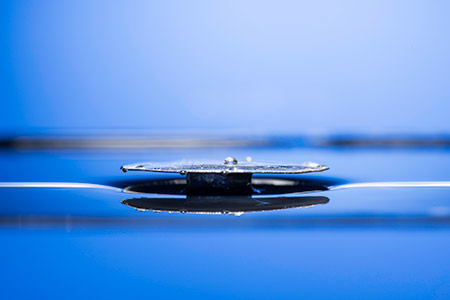 Superhydrophobic metallic structure floats on the water surface in the Guo lab. 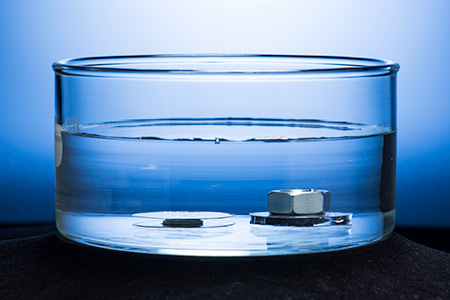 Superhydrophobic metallic structure is weighed down to keep it submerged in water in the Guo lab. Even after two months, it will bounce back to the surface. 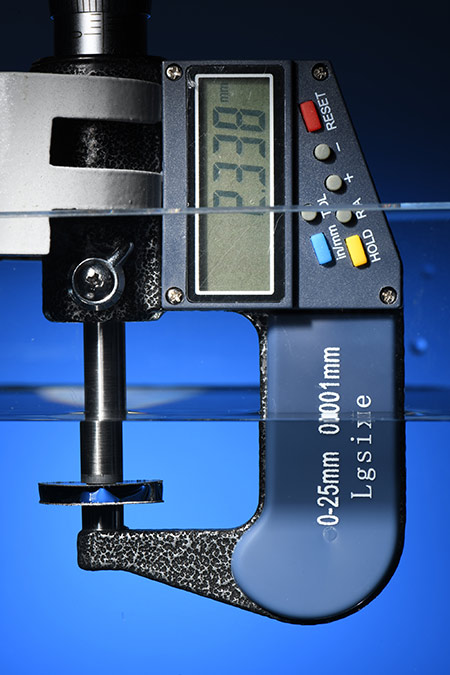 Experimental setup used to determine just the right distance between the treated plates to trap and hold enough air to keep the structure floating. 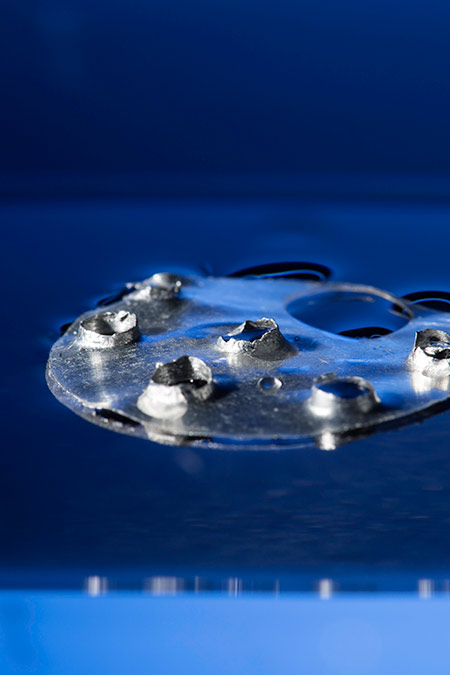 The superhydrophobic structure remains afloat even after significant structural damage—punctured with six 3-millimeter diameter holes and one 6-millimeter hole.