The Fort Worth police officer who shot and killed Atatiana Jefferson early Saturday morning has been charged with murder, Tarrant County records show.

Kraus said before Dean resigned he’d planned to fire the officer for violations of use of force, deescalation protocols and unprofessional conduct. Kraus said the officer had already been stripped of his badge and firearm when he was issued an administrative warning Sunday. 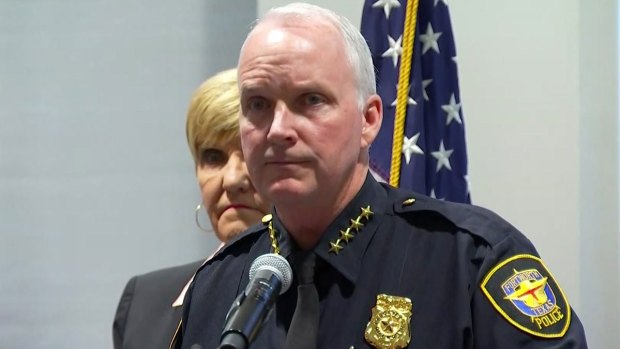 “Nobody looked at that video and said there was any doubt that this officer acted inappropriately. I get it,” Kraus said, referring to bodycam video of the shooting released over the weekend.. “We’re trying to train our officers better, we’re trying to shore up our policies and we’re trying to ensure they act and react the way that the citizens intend them to, that they act and react with a servants heart instead of a warriors heart. There are times for officers to act as warriors and defenders, and there are times for them to act as public servants and humble servants.”

Kraus said Dean’s paperwork will reflect he was dishonorably discharged from the department and that with his civil service protection no longer in force he was able to release his name. 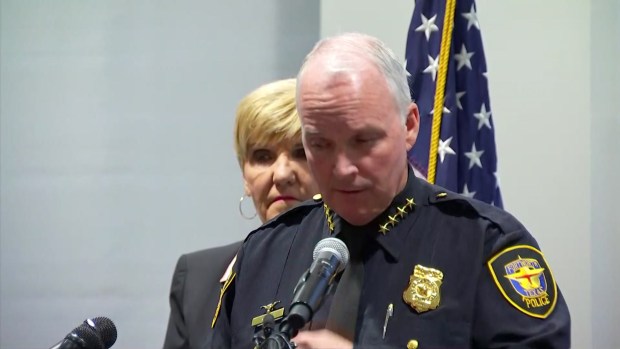 Monday, Kraus said Dean still faces possible criminal charges and added that he expected to have a substantial update in that investigation on Tuesday. Kraus added the case will be presented to the FBI to review if there were any civil rights violations.

Jefferson was fatally shot early Saturday morning when a Fort Worth police officer responding to a welfare call fired on her from outside of her home. A neighbor told NBC 5 he’d noticed his neighbor’s front door open for several hours, found it unusual, and called the department’s non-emergency number.

The officer, identified Monday as Dean, arrived at Jefferson’s home on the 1200 block of East Allen Avenue at about 2:30 a.m. Saturday.

Body camera video released by the Fort Worth Police Department showed Dean walking around outside the house with a flashlight. He then stopped, pointed his flashlight at a window and then drew his gun after seeing a person watching him from inside the house. 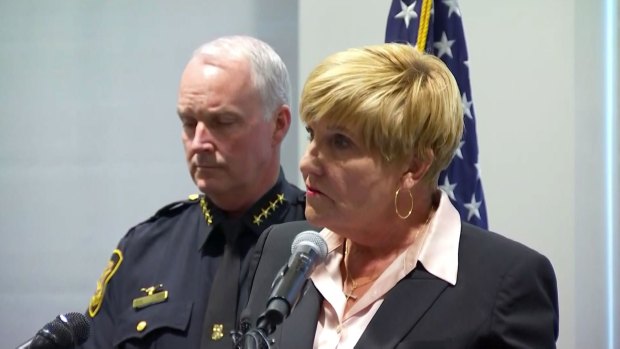 Dean is heard commanding, “Put your hands up, show me your hands,” before firing his weapon once.

Inside the home, Jefferson, who was watching her 8-year-old nephew, was hit once and died at the scene. The child, though he witnessed the shooting, was not physically injured. 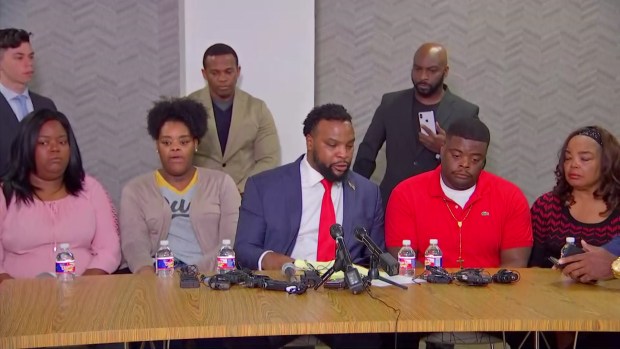 Kraus said Monday that officers receive calls via dispatch and are not aware whether the calls were made through 911 or non-emergency lines. He added that if an officer believes an open structure, building or residence may have been opened as part of a criminal act, it is standard for the officer to park away from the location. Welfare calls, Kraus said, are different and that the officer would typically park in front of the location and make his presence known.

NBC 5 previously reported that Dean did not identify himself as an officer prior to the shooting and that he parked away from the woman’s residence. 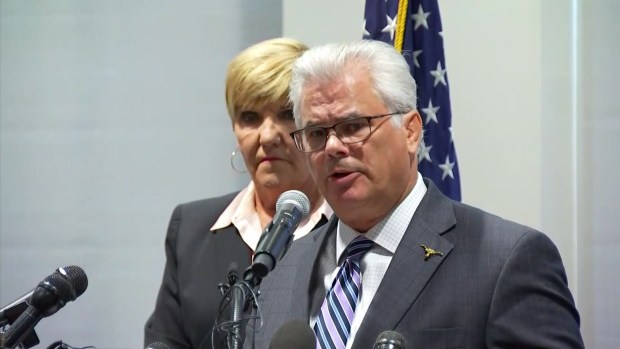 Body camera footage released by the department also included blurry photos of a gun found inside Jefferson’s home, leading many in the community wondering if police were trying to blame the victim. Kraus admitted Monday that it was inappropriate to release the photo even though it was something the department had done in the past to show what the perceived threat may have been.

In hindsight, Kraus said, “It was a bad thing to do.”

Kraus said he did not know whether Jefferson was holding the gun when the officers approached in the backyard but that the gun was found near the window where the fatal shot was fired.

“We’re homeowners in Texas … Most of us, if we thought we had somebody outside our house that shouldn’t be, and we had access to a firearm, we would be acting very similarly to how she was acting,” he said.

Texas’ castle doctrine law, on the books since 2007, is similar to many “stand your ground” laws and gives a resident a strong legal defense to the use of deadly force in their homes.

Jefferson’s family has retained attorney Lee Merritt. Merritt and the family held a news conference earlier in the day where they called on the police department to hand the investigation into the shooting over to an impartial third-party.

Fort Worth Mayor Betsy Price, who also spoke at Monday afternoon’s news conference with Kraus, quoted scripture and called for the people of Fort Worth to wrap Jefferson’s family in love and prayers.

“Justice is critical here, we know we cannot bring back this young woman who was taken all too soon. But this is a pivotal moment for a city that will and can come together, and we will take actions swiftly and with transparency,” said Price.

An update from Kraus is expected Tuesday.

Dean has retained an attorney provided with financial support from the state’s largest police union, the Combined Law Enforcement Associations of Texas, according to Manny Ramirez, president of the Fort Worth Police Officers Association.

Ramirez confirmed he was on the scene of the shooting, but did not take a statement from Dean.

The union president spoke out and urged the department for a thorough and transparent investigation.

“We’re just standing here voicing for the remaining 1,600 police officers just how deeply we feel the loss of Atatiana,” he said.

Ramirez said policies within the department would be reviewed.

“We have to find a way to collaborate so that we can’t have another one of these instances happen. This can’t happen again,” he said.

A second officer who was with Dean at the time of the shooting, but did not open fire, is being treated as a witness at this time, Kraus said.