He recently suggested that “most people” should “figure out a way to get off Facebook” in a recent interview with TMZ.

“There are many different kinds of people and some the benefits of Facebook are worth the loss of privacy,” Wozniak recently said when approached by the outlet at the Reagan International Airport. “But to many like myself, my recommendation to most people is, you should figure out a way to get off Facebook.”

Read more: These are the social media platforms teens are ditching in 2019

It’s not the first time Wozniak, who famously cofounded Apple in a garage with Steve Jobs, has spoken publicly about the topic of social media and privacy. Last year, he told USA Today that he was leaving Facebook over privacy concerns, also adding that he would rather pay for Facebook then have his personal data shared with advertisers. 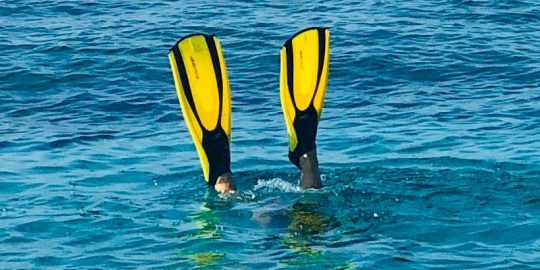 When asked generally about whether our electronic devices are listening to us, a concern that CBS This Morning’s Gayle King raised when speaking with Instagram chief Adam Mosseri recently, Wozniak said it’s something he’s worried about but doesn’t think there’s a way to stop it.

“I worry because you’re having conversations that you think are private … you’re saying words that really shouldn’t be listened to because you don’t expect it,” he said to TMZ. “But there’s almost no way to stop it.”

Wozniak’s comments come as Facebook has been embroiled in a slew of privacy-related controversies in recent years. The biggest of such privacy scandals came to light in 2018 when The New York Times and The Guardian reported that Cambridge Analytica, a data analytics firm with ties to President Trump’s campaign, had unknowingly harvested data from the Facebook profiles of 50 million users.

Facebook, along with other tech giants like Google and Twitter, have come under scrutiny in recent years over how they handle consumer data and the role their platforms have played in political campaigns.

Apple, meanwhile, has made privacy a focal point of its public keynotes and product commercials. It has been reminding users that its business model does not heavily rely on advertising, as is the case with Facebook and Google, and therefore does not benefit from collecting personal information.

Apple CEO Tim Cook also recently called online privacy “a crisis” when speaking with ABC News in May. “Privacy in itself has become a crisis,” he said. “It’s of that proportion – a crisis.”

See the full video from TMZ below.