Latest News
Home /Inequality in a nutshell: Alexandria Ocasio-Cortez says the Dows record high is meaningless for many Americans 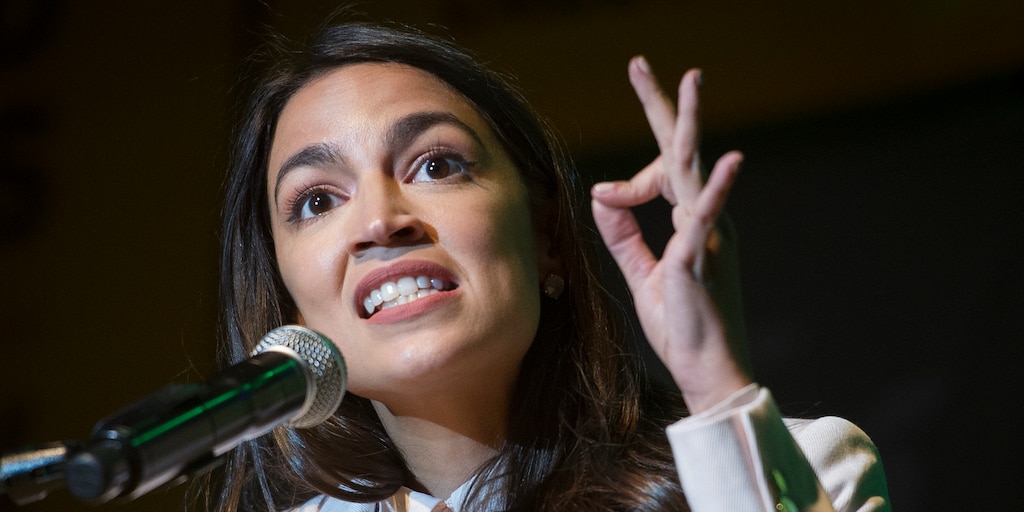 Rep. Alexandria Ocasio-Cortez argued in a tweet on Saturday that a record high for the Dow Jones industrial average, a benchmark index of 30 blue-chip stocks including Apple, Nike, and Disney, underlined the problem of stagnant US wages and the wealth gap between investors and salaried workers.

“The Dow soars, wages don’t,” the New York congresswoman commented on an NBC News tweet about the index passing the 29,000 mark for the first time on Friday. “Inequality in a nutshell.”

Ocasio-Cortez was likely referring to the widening gap between US stock-market gains and wage growth in recent years. The Dow surged about 22% in 2019, but average hourly earnings, according to the US Bureau of Labor Statistics, rose just 2.9%.

Stagnant US wages have puzzled many economists, given that unemployment has plunged to its lowest levels in more than 50 years.

President Donald Trump has frequently touted the rising US stock market as evidence of a booming economy and as a boon for all Americans. However, Ocasio-Cortez has downplayed the relevance of stock-market gains to salaried workers who don’t own stocks.

“The stock market is NOT the economy,” she tweeted in February 2018. “Stocks aren’t jobs. Stocks aren’t wages.

“That’s why stock prices can go up and normal people still won’t feel any more secure about their future,” she added.

Ocasio-Cortez’s comments on the inequality between workers and investors echoed those of Bill Gates. The Microsoft cofounder and billionaire philanthropist recently called for the US government to narrow the wealth gap by shifting its focus from taxing incomes to taxing investments and assets.

Texas sheriff who starred on…