Kellyanne Conway’s teenage daughter Claudia has posted a new TikTok video which shows her in hospital with an IV drip in her arm.

Claudia Conway is a true Gen Z! The 16-year-old daughter of controversial political consultant Kellyanne Conway has been hospitalized, and broke the news to her fans via TikTok. The American Idol contestant took to the social media app on March 31 to reveal she feared she might have appendicitis. In the video, Claudia was seen dancing in her hospital bed while wearing a blue protective face mask and showing off the IV attached to her. She captioned the clip, “Let’s hope that my appendix isn’t about to burst,” adding “drip too hard? yall rocking w/ IVs?” in reference to Lil Baby and Gunna‘s song “Drip Too Hard.”

let’s hope that my appendix isn’t about to burst 🤞

It comes one week after the teenage social media star was eliminated from American Idol. She took the stage for part two of Hollywood Week on the show’s March 22 episode, and was paired with fellow contestant Hannah Everhart. The two singers didn’t know each other, and things quickly got awkward. “This is not what I was expecting,” Hannah admitted. “Who did this? Everybody was laughing, but it wasn’t funny. It was not funny. I was scared.” Claudia added “We come from totally different worlds. We’re two different people.”

Judge Katy Perry came to Hannah and Claudia’s rehearsal to offer some advice. “Be mindful not to overshadow each other,” she said. “Create that space. If [Claudia’s] not coming as big as you are, then back off.” After performing a rendition of “Sign of the Times” by Harry Styles, Claudia was eliminated from the show.  “Claudia, you’re just coming to life. I can see it in you. You’re taking control of your life. I applaud you for that,” Katy said. “Claudia, this is going to be the end of the American Idol journey for right now. I hope you learned a lot and come and see us again.” 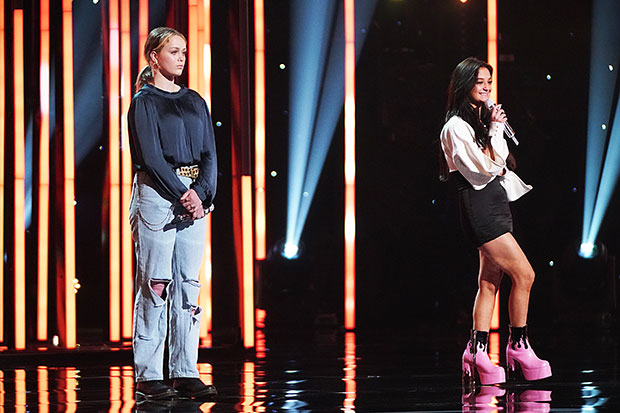 The up-and-coming social media star previously opened up about having different political views to her parents. “When your mom is working for the President of the United States, who you very much disagree with, it’s hard,” she said, adding that music became her saving grace when the internet was a “dark place”. “Most of my life, my feelings had been suppressed so then I got social media and was like, ‘Well, yeah. Now my voice is being heard.”

Get Ready For Summer With…