Latest News
Home /“You are not a sultan and we are not your subjects”: Boğaziçi University’s students’ open letter to Tayyip Erdoğan

The letter, signed by Bogazici University’s students, states that ‘All our friends who have been arrested or detained in this period must be released immediately and rector Melih Bulumust resign!” 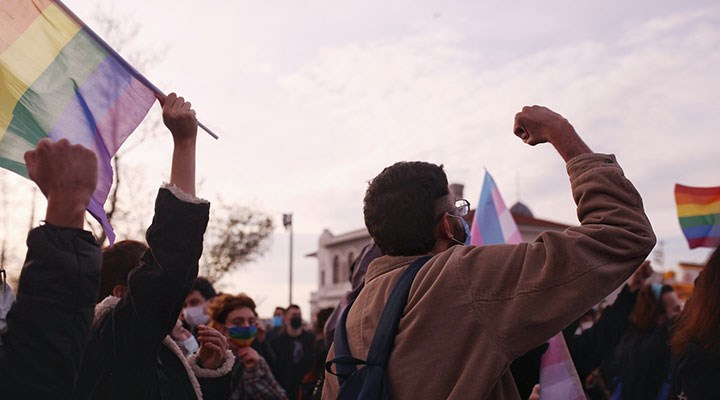 The letter comes in response to Mr. Erdogan’s sign of building communication and faculties in Boğaziçi University.

“You are not a sultan and we are not your subjects.All our friends who have been arrested or detained in this period must be released immediately and rector Melih Bulu must resign!” the students wrote on Friday night.

“Open Letter to the 12th President of Turkey

Previously, we responded to Melih Bulu with the poem “Satirical Attempts on a Provocateur.” It is pleasing to see that you have acknowledged yourself to be the person responsible, and responded accordingly.

Up until today, you have demanded secret meetings with us via the Turkey Youth and Education Service Foundation (TÜRGEV). Now, you are trying to start an argument against us through the media. We do not like go-betweens, we prefer speaking outright and explicitly to all. We hope that you will proceed accordingly.

First, let us remind you of our demands and of the reasons underlying our protests:

You appointed a trustee rector to our university with utter disregard for the students and faculty. Is what you did legal? Yes, as you like to mention every chance you get, but it is not legitimate. This appointment makes anyone who has even the tiniest sense of justice revolt with indignation.

To top it off, you open faculties and appoint deans with an overnight presidential order on a Friday night, in order to intimidate the whole institution with all its students, teachers and laborers. Your attempts to pack our university with your own political militants is the symptom of the political crisis that you have fallen into.

Victims of your crisis grow in number with every passing day!

We use our constitutional rights to make people from all segments of society aware of the injustices we are subjected to. These are our demands:

All our friends who have been arrested or detained in this period must be released immediately!

All campaigns to defame and disenfranchise our LGBTI+ friends and all other targeted groups must end!

All government-appointed trustees, starting with Melih Bulu, who instigated all these arrests, detentions, scapegoating campaigns, and threats, must resign!

In universities, democratic rectorate elections must be held with the participation of all constituents of the university!

You uttered a sentence starting with “If they have the guts…” in your statement.

Is it a constitutional right to call for the resignation of the president? YES!

Since when is the use of a constitutional right a matter of courage?

Do not mistake us for those who obey you unconditionally. You are not a sultan, and we are not your subjects.

But since you mentioned courage, we shall also respond to that briefly.

We have no immunities! You, however, are the one who has been storming around, hiding behind your legal and political immunity for the last 19 years.

The Interior Minister is spreading lies to play on religious sensitivities. We say that we will not practice self-censorship.

You call our LGBTI+ friends deviants, we state that LGBTI+ rights are human rights.

Members of your party kicked miners in Soma. We actively stood in solidarity with the mine workers, and we will continue to do so.

You unlawfully keep the co-chair of the Peoples’ Democratic Party (HDP) imprisoned, alongside journalists and union members. We declare that we stand united with those who fearlessly speak the truth, and we are against all government-appointed trustees.

We declare that we stand with Berkin Elvan.

You target and attack Ayşe Buğra, without even mentioning her name, saying “Osman Kavala’s wife is among these provocateurs”. In a vulgar manner, you restate the sexist fallacy that the only significant feature of a woman is her husband. We state that “Ayşe Buğra is a dignified professor and an esteemed academic”. We say that “We will take any charge against her as a charge against us”.

(We know very well that you will file dozens of lawsuits against this letter on the grounds that it is praising crime and criminals or insulting the president, but we also know that we will never give up on speaking the truth!)

Since you lack the power necessary to keep the trustee-rector you have appointed in the office, you resort to petty tricks like opening new faculties and appointing sham personnel, which does not appear to be an act of courage.

That is why we disregard your words about courage.

If you were ever going to resign,

You would have resigned when Hrant Dink was slaughtered!

You would have resigned when 34 Kurds were killed in the Roboski massacre.

You would have resigned when 301 miners were murdered in Soma!

You would have resigned after the Çorlu train derailment!

You would have resigned in the face of the livelihood problems of thousands of citizens, who were left unemployed or could not find a job, and especially in face of the decree-law (KHK) purgees!

You would have assumed responsibility for the economic policies which condemned the people to poverty, instead of sacrificing your son-in-law.

The examples are plenty, but you have never resigned.

You preferred to present yourself as naively deceived, instead of, in your own words, “having the guts”.

So now why would we call on you to resign?

As long as Melih Bulu sits on that seat, we will continue our protest by strengthening our struggle, with all those who join the resistance.

Whether or not you do what must be done is your own business.

We stand with those who are robbed of their democratic rights and freedoms.

With hopes that you realize that you cannot silence the oppressed of these lands by shouting and threatening from arenas and podiums,”

Some 600 people have been detained since Jan. 4 after Boğaziçi University protests spread in Istanbul and Ankara. Most have been released, despite repeated statements from officials that the protesters are “terrorists.”

Two people who were detained at an Istanbul protest on Feb. 2 were arrested overnight.